Sorry to report that Angus MacLennan the eldest of the MacLennan boys, passed away on Tuesday 11th October in Canada aged 60.

He was admitted to hospital on Friday with internal bleeding. Unfortunately his blood got infected, which led to him being on life support.

Gus was a larger than life gentle giant.

I last met him at the Worlds probably 15/17 years ago, where a spur of the moment 214 reunion occurred, when all the MacLennan boys appeared (Gus, John, Donald, Finlay and possibly Gus’ son Finlay?) as I, along with my brother Dougy McColl, Willie Ellis & Gordon Medlow were in conversation at the side of one of the competition rings.

A number of stories were exchanged and this brought back loads of 214 memories for Gus, including when he and Ian MacDonald played on stage with Roxy Music in Edinburgh in 1973. (They even managed to convince Brian Ferry to wear a 214 kilt!) 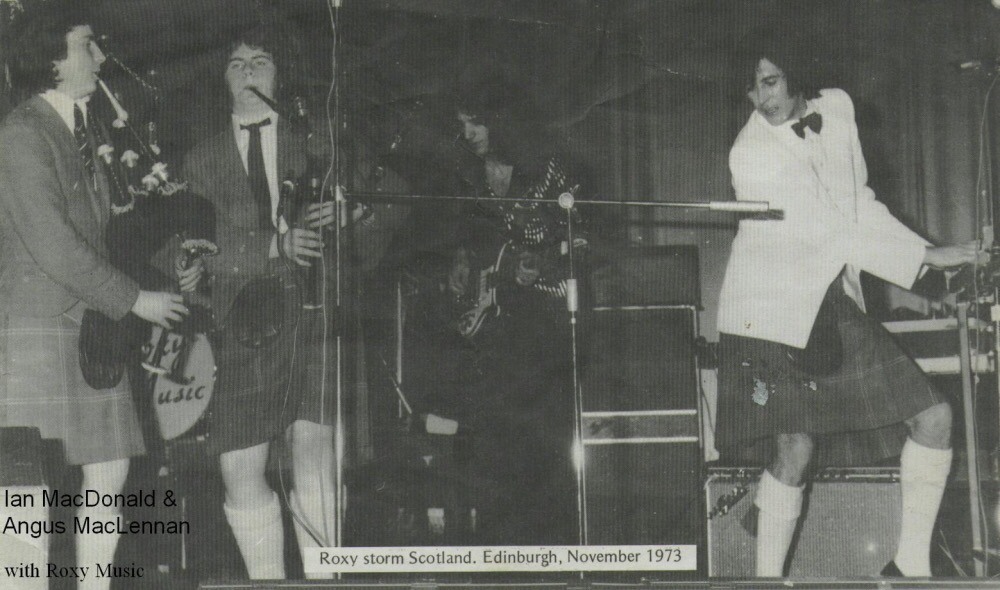 After leaving the 214 band and prior to emigrating to Canada, Gus also played with The Red Hackle.

The Kyles of Scalpay (see Articles contd …on the website) shows a great insight to the MacLennan’s Harris way of life.

Gus is due to be cremated in Canada tomorrow, I would like to on behalf of all 214 Ex Members express our deepest sympathies to the whole family.