I am sorry to intimate that our oldest Ex Member, Hugh McKinlay passed away on the 10th April aged 98.

Hugh and his brother John managed to attend the reunion 2 years ago.

Hugh was a bit of a character who loved his dancing and attending his beloved Royal British Legion at Knightswood.

Hugh was at school with Alex MacIver they were both pipers and both joined the Signals regiment.

(The home of “Colossus” the British computer that broke the German Enigma files.)

This article appeared in the Daily Record last December. 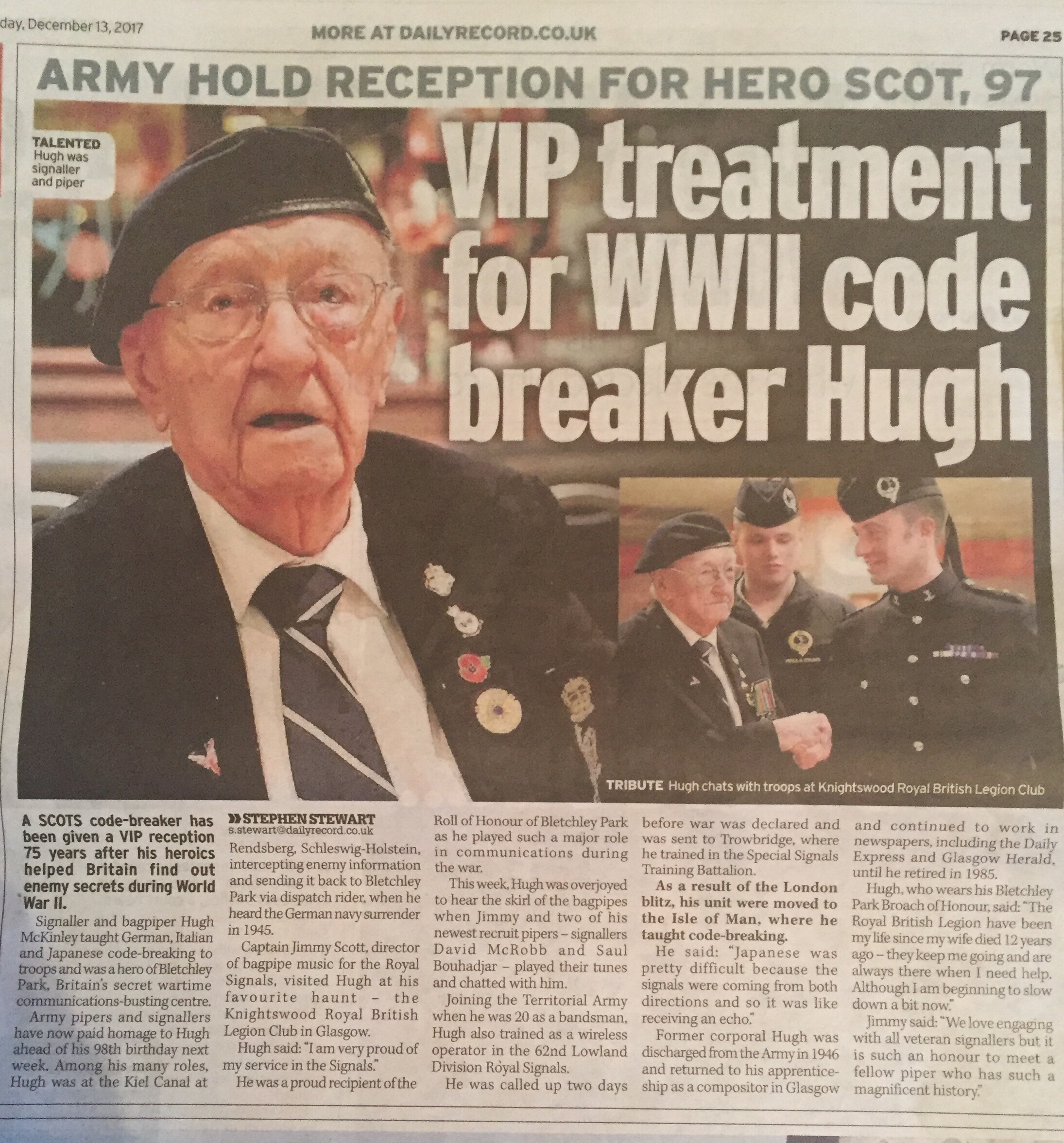 (I managed to visit Bletchley Park last year where Hugh is recorded on the Roll of honour. I am currently in the middle of compiling an article on Hugh and Bletchley Park for the website.)

(Small chapel at the rear)

I’m sure all the ‘214 boys’ pass on their condolences to Hugh’s brother John and all the family.