John Courtney has advised me that his uncle James Courtney, passed away on 7th August at Clydebank care Home, where he was admitted to 3/4 weeks ago.

Unfortunately due to unforeseen circumstances, I have only just found out that his funeral was held this morning. 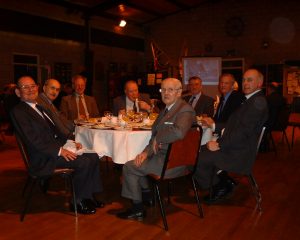 Jimmy who was 94, was a regular attender to the reunions.

He had 4 brothers Willie, Tommy, John (Harry), who were older and a younger brother John.

He had previously been a Youth Leader at the Hub in Clydebank.

Jimmy was aye ready for a Scottish tune on his “moothie”.

I’m sure we all have a memory of him playing?

I remember him playing on the way back from the BB 125th Anniversary show at Braehead, he had the bus singing away as if everyone were back in their youth.

We all send our respects to John and Jimmy’s son James and all the family.